The Sochi Case is an 3D printed Samsung Galaxy Note 3 case with movable elements such as rollers, rings and buttons. The design of this case is inspired by the old and traditional Russian patterns, combined with the patterns used for Freshfiber cases. 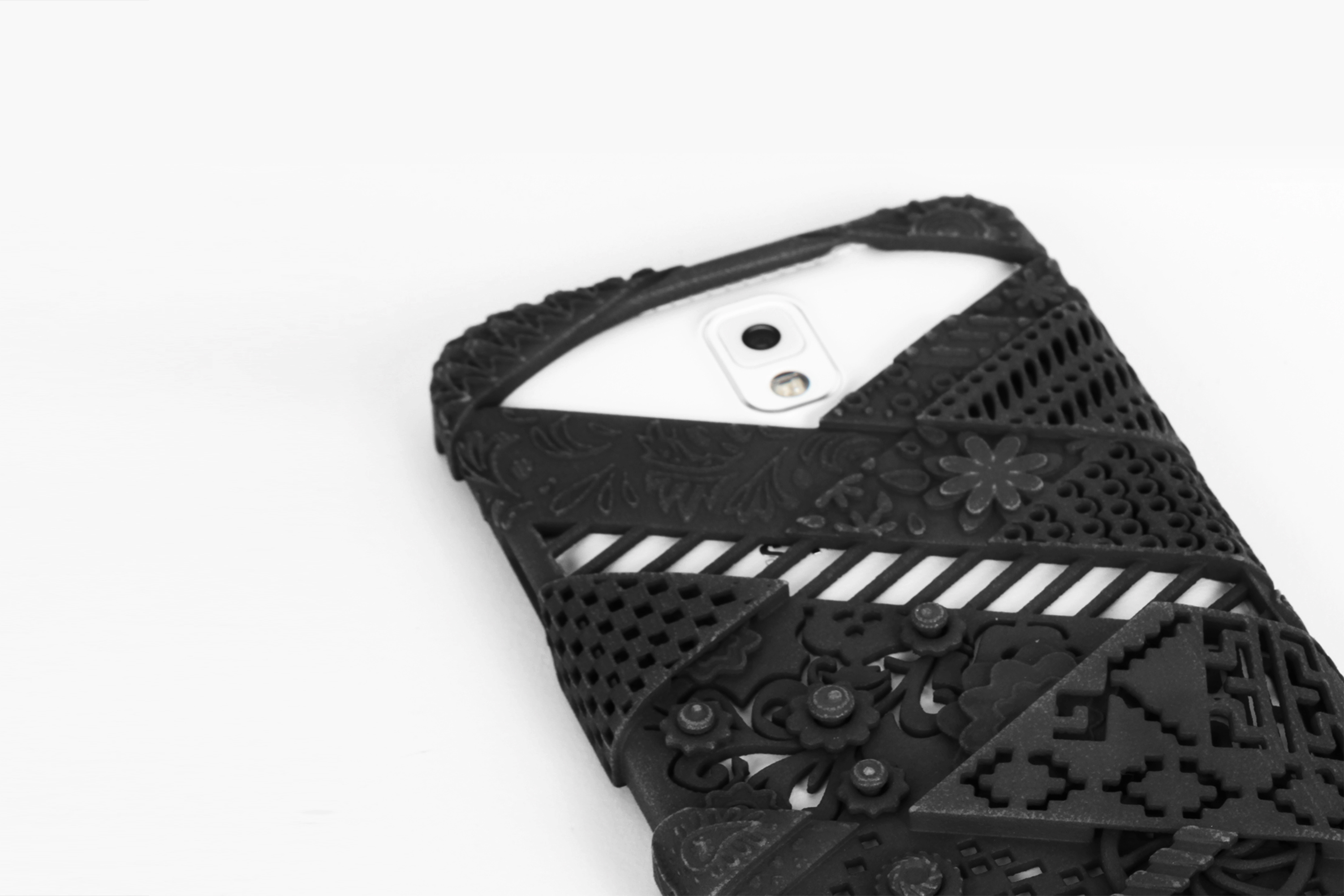